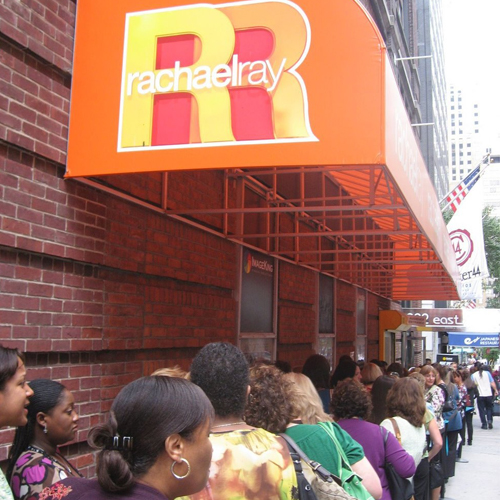 If it hadn’t been raining, I might not have narrowly escaped my appearance at the Rachael Ray Show today.

I admit, she didn’t ask me, I asked her, and I was actually due to make an appearance on her general admission line, not on her stage. Almost the same thing, except for the whole stand-in-line-hours part, in hope of a great seat (or any seat at all—no guarantees). 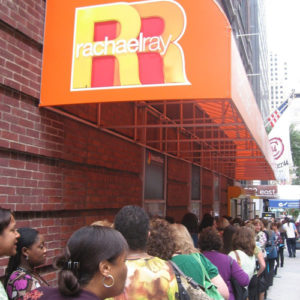 Seating, I learned by Googling around, was not according to who gets there first; people were seated according to looks and apparel, not place in line. Overall, people mostly complained about the audience experience being miserable.

Obviously bad audience reviews aren’t much of an issue for Rachael Ray or her branding team would be alarmed by this little social media disaster. Or perhaps what constitutes a disaster for an unknown brand in the building stage, isn’t measurable against an established powerhouse.

Either way, I chose Dr. Oz over Rachael because of online reviews. As smartphones and tablets become even more mainstream, there will be more writers and publishers among us.

What does that mean to you? Put out your own good news first. Toot your horn, sing your own praises, line up your rave reviews. Get out there first and more good news will follow.